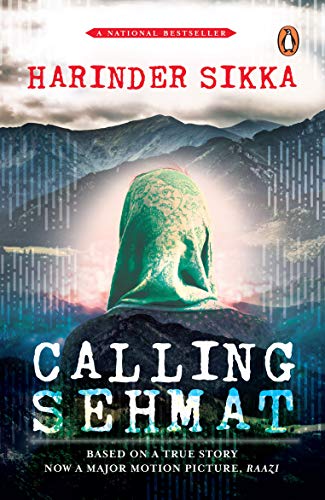 Product Description The year is 1971Tension is brewing between India and PakistanOne secret could change the course of history . . . It's now up to her When a young college-going Kashmiri girl, Sehmat, gets to know her dying father's last wish, she can do little but surrender to his passion and patriotism and follow the path he has so painstakingly laid out. It is the beginning of her transformation from an ordinary girl into a deadly spy. She's then married off to the son of a well-connected Pakistani general, and her mission is to regularly pass information to the Indian intelligence. Something she does with extreme courage and bravado, till she stumbles on information that could destroy the naval might of her beloved country. Inspired from real events, Calling Sehmat . . . is an espionage thriller that brings to life the story of this unsung heroine of war. About the Author Harinder S. Sikka is currently the group director, strategic business, Piramal Group. After graduating from Delhi University, he joined the Indian Navy. He was commissioned in January 1981 and took premature retirement in 1993 as a Lieutenant Commander. He recently produced a film, Nanak Shah Fakir, which won acclaim at the Cannes, Toronto and Los Angeles international film festivals. The film won three national awards including the Nargis Dutt Award for best feature film on national integration. Calling Sehmat is his second book and has been made into a film, Raazi, by Meghna Gulzar, scheduled for release in May 2018. Sikka lives in Delhi with his family.

Calling Sehmat, is it available on Amazon?

Yes! But at Pricepulse we inform you when is the lowest price to buy the Calling Sehmat

Should I buy the Calling Sehmat now?

What is the current price of Calling Sehmat?

What was the lowest price for the Calling Sehmat?