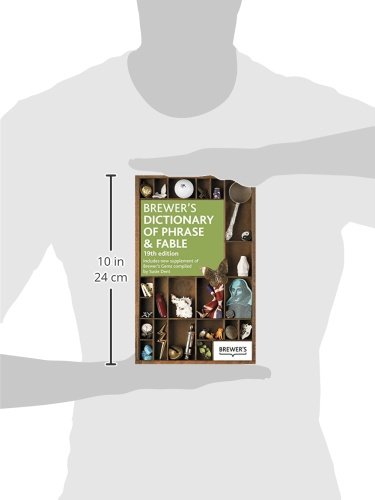 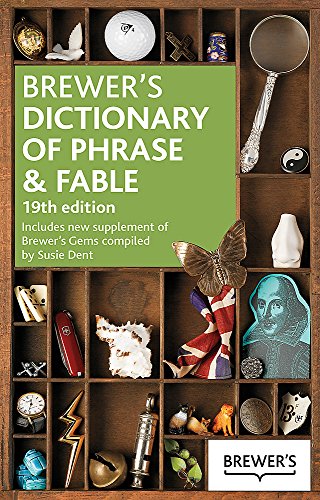 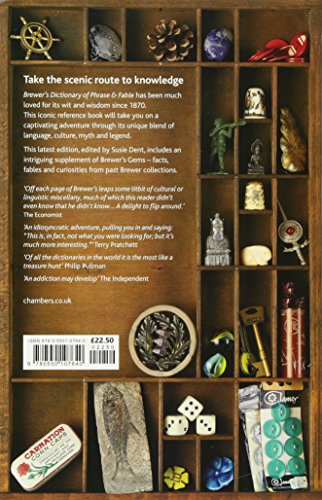 Product Description Brewer's Dictionary of Phrase & Fable has been much loved for its wit and wisdom since 1870. This iconic reference book will take you on a captivating adventure through its unique blend of language, culture, myth and legend. This latest edition, edited by Susie Dent, includes an intriguing supplement of Brewer's Gems--facts, fables and curiosities from Brewer collections of past. Review "Off each page of Brewer's leaps some titbit of cultural or linguistic miscellany, much of which this reader didn't even know that he didn't know...A delight to flip around."--The Economist "An idiosyncratic adventure, pulling you in and saying: 'This is, in fact, not what you were looking for; but it's much more interesting.'"--Terry Pratchett "Of all the dictionaries in the world it is the most like a treasure hunt."--Philip Pullman About the Author Dr. Ebenezer Cobham Brewer, the son of a Norwich schoolmaster, was born in 1810. He graduated in Law from Cambridge in 1836, and two years later was ordained, before returning to teach at his father's school. There he compiled his first major work, A Guide to Science. It proved immensely popular, perhaps funding the extensive European travels he subsequently undertook. Returning to England in 1856, he slowly put together the work that was to become Brewer's Dictionary of Phrase and Fable. The first edition was published in 1870 and sold over 100,000 copies. In 1894 he compiled a revised and enlarged edition, and he lived a further three years, long enough to see sales "far exceed our utmost expectations."