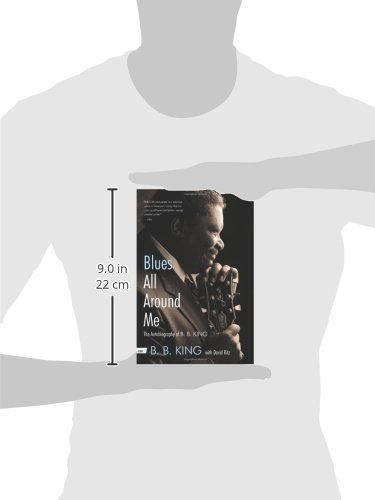 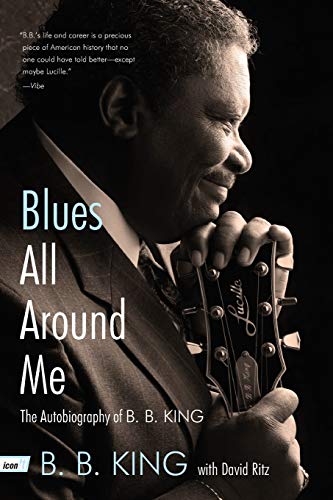 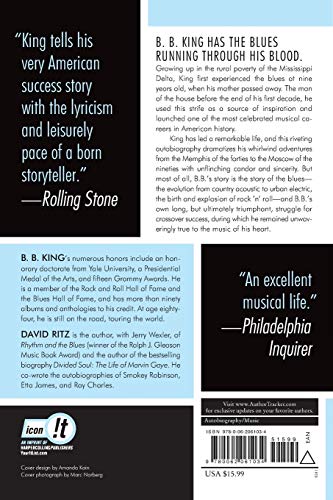 Product Description “A treasure trove of information…told with real feeling.” — Washington Post Book World “Charming...honest...transcendent…. It reads like a warm and lengthy conversation with a close friend.” — Billboard The undisputed king of the blues, B.B. King puts his life into words in a story that spans tragedy, triumph, and everything in between—and he tells it just how he plays it, straight from the heart. A true-to-life tale of overcoming monumental odds to succeed as an artist in an often unfriendly world, Blues All Around Me is also the story of how blues music changed during its migration from the Mississippi Delta to urban areas such as Chicago. Rolling Stone calls B.B.’s memoir a “very American success story [told] with the lyricism and leisurely pace of a born storyteller.” Review “Charming...honest...transcendent...an eloquent autobiography...It reads like a warm and lengthy conversation with a closefriend. Aficionados of the blues will find plenty to pique their interest, but the book truly shines because of the portrait itpaints of a man who has made kindness and respect a lifelong philosophy.” -- Billboard “B.B. King is the preeminent living practioner of the blues…Blues All Around Me is a treasure trove of informatino…told with real feeling” -- Washinton Post Book World “An excellent musical life…dotted with encounters from everyone from Sonny Boy Williamson and Miles Davis to Stevie Ray Vaughn” -- Philadelphia Inquirer “Candid…heartbreaking…deceptively and disarmingly casual and controversial…King’s book is as self-questioningly honest as any blues song.” -- Houston Chronicle “B.B.’s life and 50-year career is a precious piece of American history that no one could have told better―except maybe Lucille.” -- Vibe “An amazing success story…an eminently entertaining tale of a true American hero.” -- Austin American-Statesman “For almost 50 years, King has let his guitar, Lucille, do the talking. Now the celebrated bluesman tells his own gutsy story.” -- Buzz “A classy book from a classy man…straightforward, frank, unaffected, and breezy, with many funny, insightful stories and anecdotes.” -- Seattle Times “King tells his very American success story with the lyricism and leisurely pace of a born storyteller…with warmth and sincerity.” -- Rolling Stone “This is one of the best recent pop-music bios. King speaks straight from the soul, it seems, just like he plays guitar.” -- Booklist “Excellent...provocative...King comes off in print not unlike he does in his music: warm and polite, down gome and sophisticated, expressive and tasteful.” -- Orlando Sentinel “The thrill is never gone.” -- USA Today From the Back Cover B. B. King has the blues running through his blood. Growing up in the rural poverty of the Mississippi Delta, King first experienced the blues at nine years old, when his mother passed away. The man of the house before the end of his first decade, he used this strife as a source of inspiration and launched one of the most celebrated musical careers in American history. King has led a remarkable life, and this riveting autobiography dramatizes his whirlwind adventures from the Memphis of the forties to the Moscow of the nineties with unflinching candor and sincerity. But most of all, B.B.'s story is the story of the blues—the evolution from country acoustic to urban electric, the birth and explosion of rock 'n' roll—and B.B.'s own long, but ultimately triumphant, struggle for crossover success, during which he remained unwaveringly true to the music of his heart. About the Author B. B. King's numerous honors include an honorary doctorate from Yale University, a Presidential Medal of the Arts, and fifteen Grammy Awards. He is a member of the Rock and Roll Hall of Fame and the Blues Hall of Fame, and has more than ninety albums and anthologies to his credit. At age eighty-four, he is still on the road, touring the world. David Ritz is the author of the acclaimed novels

Blues All Around Me The Autobiography Of B B King, is it available on Amazon?

Yes! But at Pricepulse we inform you when is the lowest price to buy the Blues All Around Me The Autobiography Of B B King

Should I buy the Blues All Around Me The Autobiography Of B B King now?

What is the current price of Blues All Around Me The Autobiography Of B B King?

What was the lowest price for the Blues All Around Me The Autobiography Of B B King?