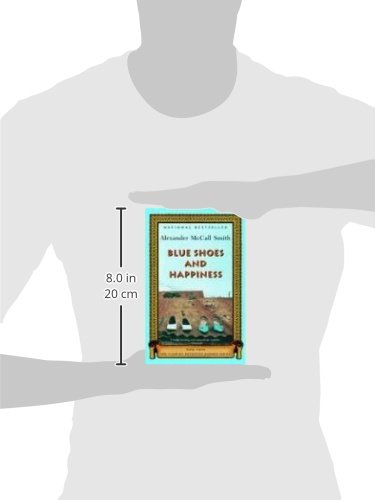 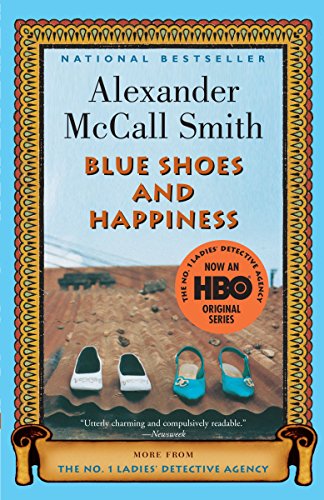 Product Description Fans around the world adore the bestselling No. 1 Ladies’ Detective Agency series and its proprietor, Precious Ramotswe, Botswana’s premier lady detective. In this charming series, Mma  Ramotswe—with help from her loyal associate, Grace Makutsi—navigates her cases and her personal life with wisdom, good humor, and the occasional cup of tea.Life is good for Mma Ramotswe as she sets out with her usual resolve to solve people’s problems, heal their misfortunes, and untangle the mysteries that make life interesting. And life is never dull on Tlokweng Road. A new and rather too brusque advice columnist is appearing in the local paper. Then, a cobra is found in the offices of the No. 1 Ladies’ Detective Agency. Recently, the Mokolodi Game Preserve manager feels an infectious fear spreading among his workers, and a local doctor may be falsifying blood pressure readings. To further complicate matters, Grace Makutsi may have scared off her own fiancé. Mma Ramotswe, however, is always up to the challenge. And Blue Shoes and Happiness will not fail to entertain Alexander McCall Smith’s oldest fans and newest converts with its great wit, charm, and great good will. Review “Enchanting.” — The New York Times Book Review “Readers will find happiness and remember it too, long after closing Blue Shoes.”— USA Today “Smith’s detours to such simple truths, combined with his . . . dry sense of humor make each of these ‘detective’ stories a delight. Blue Shoes and Happiness is at once a humble and ambitious title and emblematic of Smith’s accomplishment with these sweet, unassuming tales.”— The Columbus Dispatch About the Author Alexander McCall Smith has written more than fifty books, but he is best known as the author of the internationally acclaimed series, The No. 1 Ladies' Detective Agency, of which Blue Shoes and Happiness is the seventh volume. He has also written the Isabel Dalhousie series, the Portuguese Irregular Verbs series, the 44 Scotland Street series, as well as children's books. He was born in Zimbabwe, then called Southern Rhodesia, and educated there and in Scotland. He returned to Africa to help set up the new law school at the University of Botswana. He was also a Professor of Medical Law at Edinburgh University. He lives in Scotland. Excerpt. © Reprinted by permission. All rights reserved. Aunty Emang, Solver of Problems When you are just the right age, as Mma Ramotswe was, and when you have seen a bit of life, as Mma Ramotswe certainly had, then there are some things that you just know. And one of the things that was well known to Mma Ramotswe, only begetter of the No. 1 Ladies' Detective Agency (Botswana's only ladies' detective agency), was that there were two sorts of problem in this life. Firstly, there were those problems-and they were major ones-about which one could do very little, other than to hope, of course. These were the problems of the land, of fields that were too rocky, of soil that blew away in the wind, or of places where crops would just not thrive for some sickness that lurked in the very earth. But looming greater than anything else there was the problem of drought. It was a familiar feeling in Botswana, this waiting for rain, which often simply did not come, or came too late to save the crops. And then the land, scarred and exhausted, would dry and crack under the relentless sun, and it would seem that nothing short of a miracle would ever bring it to life. But that miracle would eventually arrive, as it always had, and the landscape would turn from brown to green within hours under the kiss of the rain. And there were other colours that would follow the green; yellows, blues, reds would appear in patches across the veld as if great cakes of dye had been crumbled and scattered by an unseen hand. These were the colours of the wild flowers that had been lurking there, throughout the dry season, waiting for the first drops of moisture to awaken them. So at least that s

Amazing
Great
Average
High
This is a great price to buy! There's a 68% probability this price will be higher. Our advice is Buy it now.
Buy on Amazon

Blue Shoes And Happiness No 1 Ladies Detective Age, is it available on Amazon?

Yes! But at Pricepulse we inform you when is the lowest price to buy the Blue Shoes And Happiness No 1 Ladies Detective Age

Should I buy the Blue Shoes And Happiness No 1 Ladies Detective Age now?

This is a great price to buy! There's a 68% probability this price will be higher. Our advice is Buy it now.

What is the current price of Blue Shoes And Happiness No 1 Ladies Detective Age?

What was the lowest price for the Blue Shoes And Happiness No 1 Ladies Detective Age?