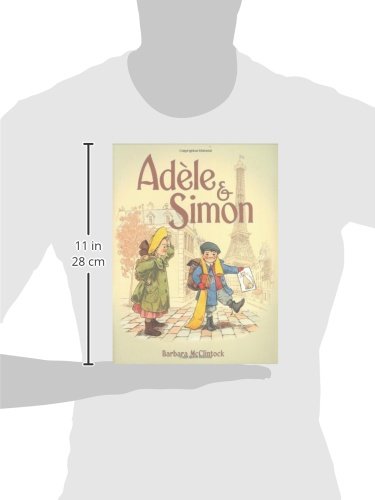 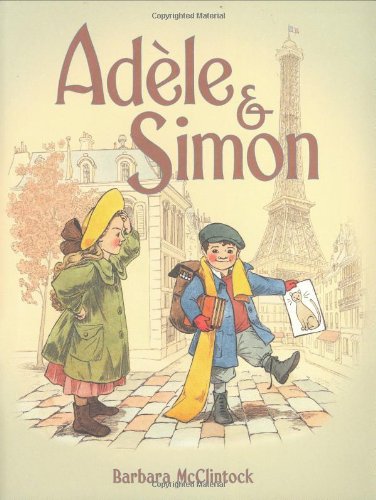 Product Description When Simon's older sister, Adèle, picks him up from school, he has his hat and gloves and scarf and sweater, his coat and knapsack and books and crayons, and a drawing of a cat he made that morning. Adèle makes Simon promise to try not to lose anything. But as they make their way home, distractions cause Simon to leave something behind at every stop. What will they tell their mother? Detailed pen-and-ink drawings - filled with soft watercolors - make a game of this unforgettable tour through the streets and scenes of early-twentieth-century Paris. Illustrated endpapers extend the fun by replicating a 1907 Baedeker map of Paris. Adèle & Simon is a 2006 New York Times Book Review Best Illustrated Book of the Year and a 2007 Bank Street - Best Children's Book of the Year. From School Library Journal PreSchool-Grade 2–When Adèle meets her younger brother after school, she cautions him not to lose anything on the way home. The children take a leisurely route, visiting friends, a street market, a park, and two museums. Predictably, Simon leaves an item (his drawing, hat, knapsack, glove) behind at each location. Set in Paris during the early 20th century, this simple story is the basis for some remarkable illustrations. McClintock's pen-and-ink with watercolor technique has the feel of illustrated children's books from that period. The retro effect is accented by an old-fashioned typeface, creamy paper, and wide borders around the spreads. The children's route is traced on the endpapers–a map of Paris from 1907. Each stop is based on a real place, some immediately recognizable, such as the Louvre and Notre-Dame. McClintock's research is described in wonderfully detailed endnotes. For example, in the picture of the bustling street market, the groupings of people are based on works by Honoré Daumier and Eugène Atget. In the Louvre, Edgar Degas and Mary Cassatt help Simon find his crayons. Readers will enjoy the visual game of hide-and-seek; the more they look, the more they can find. A beautiful example of bookmaking, with plenty to charm children, this is a visual delight. –Robin L. Gibson, Granville Parent Cooperative Preschool, OH Copyright © Reed Business Information, a division of Reed Elsevier Inc. All rights reserved. From Booklist *Starred Review* K-Gr. 3. "Please try not to lose anything today," Adele implores her little brother, Simon, as they begin their walk home from school. She might as well have asked the sun not to rise in the East, for at each stop along the way Simon loses something: first a drawing he had made, then his books, then one of his gloves. And so it goes until the children finally arrive at home, where Mama discovers that Simon has lost everything ! But who can blame him? After all, the setting is Paris in the early twentieth century, and there are simply so many wonderful distractions en route that it's a miracle the children make it home at all. As for young listeners, they'll want to peruse the endpaper maps (by Baedeker) to follow the children's peregrinations through the busy City of Light and linger over McClintock's meticulous double-page depictions of Parisian neighborhoods and landmarks, identified in charming, informative endnotes. McClintock's beautifully restrained use of color may evoke a long-ago time, but her compositions are so dynamic that there's always something for contemporary children to discover. Michael Cart Copyright © American Library Association. All rights reserved Review “[An] instant classic. McClintock's illustrations . . . evoke the world of children's books our grandmothers handed down, by Randolph Caldecott or Emile Gaillard.” ―The New York Times Book Review “Simon is a lucky kid--and so are the ones whose parents share this lovely book with them.” ―The Los Angeles Times “The story is droll; the pen-and-ink drawings, glorious.” ―Entertainment Weekly “McClintock's story is fun to read, and her illustrations, rich with autumn colors and s

Adle Simon Adele Simon, is it available on Amazon?

Yes! But at Pricepulse we inform you when is the lowest price to buy the Adle Simon Adele Simon

Should I buy the Adle Simon Adele Simon now?

What is the current price of Adle Simon Adele Simon?

What was the lowest price for the Adle Simon Adele Simon?