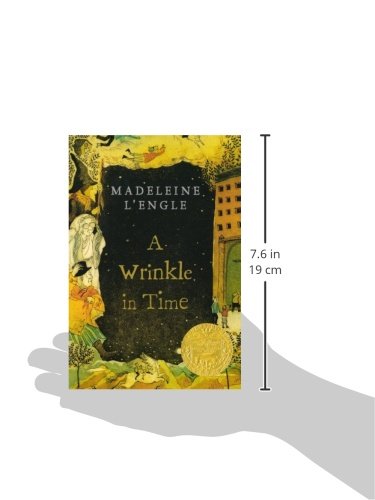 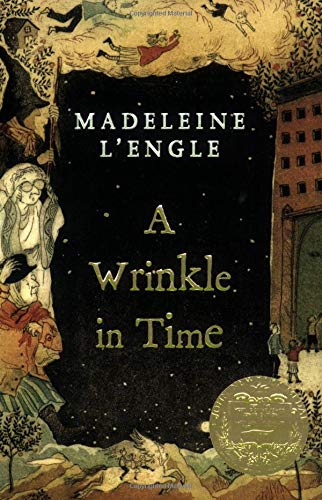 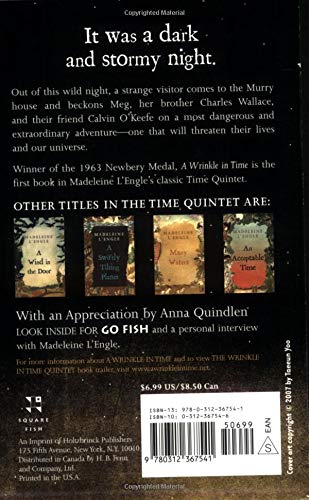 Product Description This is Book 1 of the Time Quintet Series It was a dark and stormy night; Meg Murry, her small brother Charles Wallace, and her mother had come down to the kitchen for a midnight snack when they were upset by the arrival of a most disturbing stranger. "Wild nights are my glory," the unearthly stranger told them. "I just got caught in a downdraft and blown off course. Let me sit down for a moment, and then I'll be on my way. Speaking of ways, by the way, there is such a thing as a tesseract." A tesseract (in case the reader doesn't know) is a wrinkle in time. To tell more would rob the reader of the enjoyment of Miss L'Engle's unusual book. A Wrinkle in Time, winner of the Newbery Medal in 1963, is the story of the adventures in space and time of Meg, Charles Wallace, and Calvin O'Keefe (athlete, student, and one of the most popular boys in high school). They are in search of Meg's father, a scientist who disappeared while engaged in secret work for the government on the tesseract problem. A Wrinkle in Time is the winner of the 1963 Newbery Medal. Review “Yoo's cover art is enchanting.” ―Seven Impossible Things Before Breakfast (blog)“A coming of age fantasy story that sympathizes with typical teen girl awkwardness and insecurity, highlighting courage, resourcefulness and the importance of famiyl ties as key to overcoming them.” ―Carol Platt Liebau, author, in the New York Post“An exhilarating experience.” ―Kirkus Reviews“This imaginative book will be read for a long time into the future.” ―Children's Literature About the Author Madeleine L'Engle (1918–2007) was born in New York City and attended Smith College. She wrote more than 60 books, the most famous of which is A Wrinkle In Time (1962), winner of the Newbery Award in 1963. L'Engle continued the story of the Murry family from A Wrinkle In Time with seven other novels (five of which are available as A Wrinkle In Time Quintent from Square Fish). She also wrote the famous series featuring the Austin family, beginning with the novel Meet The Austins (1960). L'Engle revisited the Austins four more times over the next three decades, concluding with Troubling a Star in 1994. The story of the Austins had some autobiographical elements, mirroring Madeleine's life and the life of her family. Madeleine L'Engle's last book, The Joys of Love, is a romantic, coming-of-age story she wrote back in the 1940s, and is being published by FSG.

Amazing
Great
Average
High
This is a great price to buy! There's a 79% probability this price will be higher. Our advise is Buy it now.
Buy on Amazon

Mrs. Frisby and the Rats of NIMH

Mrs. Frisby and the Rats of NIMH

Ten Apples Up On Top!

A Wrinkle In Time Time Quintet, is it available on Amazon?

Yes! But at Pricepulse we inform you when is the lowest price to buy the A Wrinkle In Time Time Quintet

Should I buy the A Wrinkle In Time Time Quintet now?

This is a great price to buy! There's a 79% probability this price will be higher. Our advise is Buy it now.

What is the current price of A Wrinkle In Time Time Quintet?

What was the lowest price for the A Wrinkle In Time Time Quintet?

The lowest historical price was $3.94