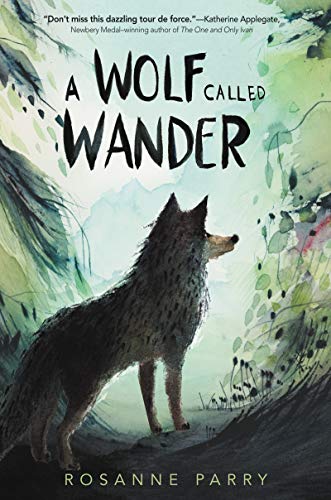 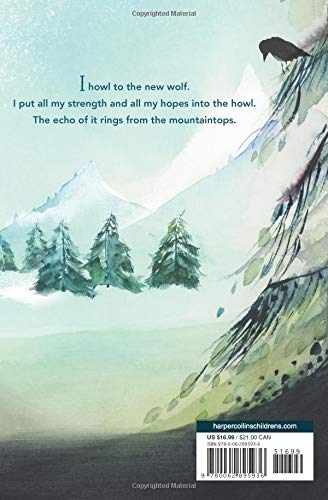 Product Description A New York Times bestseller “Don’t miss this dazzling tour de force.”—Katherine Applegate, Newbery Medal winning author of The One and Only Ivan This gripping novel about survival and family is based on the real story of one wolf’s incredible journey to find a safe place to call home. Illustrated throughout, this irresistible tale by award-winning author Rosanne Parry is for fans of Sara Pennypacker’s Pax and Katherine Applegate’s The One and Only Ivan. Swift, a young wolf cub, lives with his pack in the mountains learning to hunt, competing with his brothers and sisters for hierarchy, and watching over a new litter of cubs. Then a rival pack attacks, and Swift and his family scatter. Alone and scared, Swift must flee and find a new home. His journey takes him a remarkable one thousand miles across the Pacific Northwest. The trip is full of peril, and Swift encounters forest fires, hunters, highways, and hunger before he finds his new home. Inspired by the extraordinary true story of a wolf named OR-7 (or Journey), this irresistible tale of survival invites readers to experience and imagine what it would be like to be one of the most misunderstood animals on earth. This gripping and appealing novel about family, courage, loyalty, and the natural world is for fans of Fred Gipson’s Old Yeller and Katherine Applegate’s Endling. Includes black-and-white illustrations throughout and a map as well as information about the real wolf who inspired the novel. From School Library Journal Gr 4-6-Swift, a yearling wolf, is separated from his family after a rival wolf pack attacks and claims his family's territory as their own. His thousand-mile journey across the Pacific Northwest to find a new home brings danger, hunger, and desperate loneliness. Inspired by the story of OR-7, a real wolf naturalists tracked in the wild, Parry perfectly conveys her character's curious, alert, and social nature. Swift's successes and failures throughout his travels shape a relatable bildungsroman theme. His symbiotic relationship with a raven will delight and intrigue readers, just one example of the abundant information about wolves Parry seamlessly incorporates into this page-turning narrative. Generously illustrated, Armiño's spot and full-page black-and-white drawings capture the landscape's stark beauty from the fragility of a bumblebee in flight to the ferocity of an animal attack. The novel's grim yet blunted depiction of life and death in nature, along with an upbeat ending in which Swift gives himself a new name, make it an ideal middle grade read. The novel would also function well as the fictional component in a classroom lesson about wolves, as the gripping story-and extensive back matter-will inspire students to learn more about the real OR-7. VERDICT A first purchase for all libraries; deserving of a place alongside Sheila Burnford's The Incredible Journey, Jack London's White Fang, and other classic animal adventure novels.-Marybeth Kozikowski, Sachem Public Library, Holbrook, NYα(c) Copyright 2011. Library Journals LLC, a wholly owned subsidiary of Media Source, Inc. No redistribution permitted. Review “Riveting and lyrical, A WOLF CALLED WANDER is a vibrantly imagined celebration of the natural world. Don’t miss this dazzling tour de force.” (—Katherine Applegate, Newbery Medal-winning author of The One and Only Ivan) “Inspired by the story of OR-7, a real wolf naturalists tracked in the wild, Parry perfectly conveys her character’s curious, alert, and social nature.. . .a page-turning narrative. . . .deserving of a place alongside Sheila Burnford’s The Incredible Journey, Jack London’s White Fang, and other classic animal adventure novels.” (School Library Journal (starred review)) “Rife with details of the myriad scents, sounds, tastes, touches, and sights in Swift/Wander’s primal existence, the immediacy of his intimate, first-person, present-tense narration proves deeply moving. . . .A sympathetic, compelling introd
Amazing
Great
Average
High
This is a great price to buy! There's a 97% probability this price will be higher. Our advise is Buy it now.
Buy on Amazon

The Princess in Black and the Bathtime Battle

This is a great price to buy! There's a 97% probability this price will be higher. Our advise is Buy it now.

The lowest historical price was $10.88