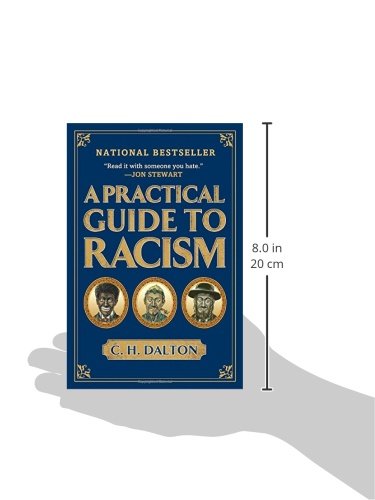 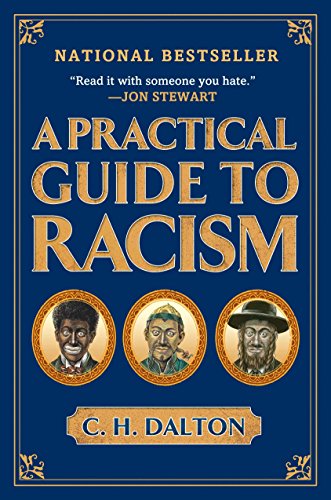 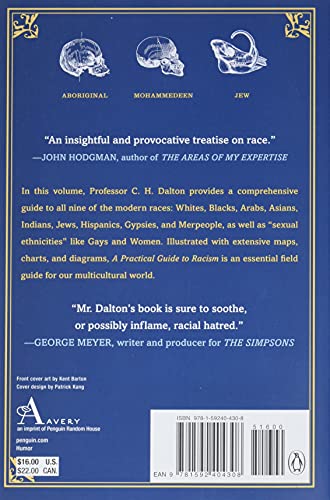 Product Description "Read it with someone you hate." —Jon Stewart A hilarious look at the races of the world—capturing the proud history and bright future of racism in one handy, authoritative, and deeply offensive volume.Whether you’re laughing, cringing, or some combination of the two, A Practical Guide to Racism is sure to entertain. According to C. H. Dalton, a professor of racialist studies and an expert on inferior people of all ethnicities, genders, religions, and sexual preferences, everyone should be hated. A Practical Guide to Racism takes a satirical look at long-standing stereotypes and draws them out to their mad and illogical conclusions. At its core, this deeply sarcastic body of evidence suggests that, by the standards of racism, every race is terrible in its own right. A Practical Guide to Racism contains sparkling bits of wisdom on such subjects as: · The good life enjoyed by blacks, who shuffle through life unhindered by the white man's burdens, to become accomplished athletes, rhyme smiths, and dominoes champions · A close look at the bizarre, sweet-smelling race known as women, who are not very good at anything - especially ruling the free world · The sad story of the industrious, intelligent Jews, whose entire reputation is sullied by their taste for the blood of Christian babies · A crucial manual to Arabs, a people so sensitive they are liable to blow up at any time. Literally. Review "Read it with someone you hate."—Jon Stewart About the Author C. H. Dalton is the creation of Sam Means, an Emmy-winning writer for The Daily Show and a cartoonist for The New Yorker. Means is a former contributor to The Onion and Saturday Night Live. Excerpt. © Reprinted by permission. All rights reserved. A PRACTICAL GUIDE TO RACISMA PRACTICAL GUIDE TO RACISMC. H. DALTONILLUSTRATIONS BYAndy FriedmanNicholas GurewitchMichael KuppermanSam MeansTony MillionaireR. SikoryakLiz ZanisIntroduction1.  Hispanics2.  Jews3.  Whites4.  Indians (and Injuns)5.  Blacks6.  Asians7.  Merpeople8.  Arabs9.  GypsiesAPPENDICESI.  Sexual RacesII.  Ancient RacesIII.  Interracial DatingIV.  Questionable RacesV.  The Good OnesVI.  Crania of the RacesVII.  A Glossary of Racial EpithetsIndexA PRACTICAL GUIDE TO RACISMINTRODUCTION“The horse, the ass, the zebra, and the quagga are distinct species and distinct types: and so with the Jew, the Teuton, the Sclavonian, the Mongol, the Australian, the coast Negro, the Hottentot, &c.”—Josiah Clark Nott, Types of MankindThe human race is not actually a race. It is a species, but it is divided into several convenient races, like Black, White, Asian, and Mixed. These divisions are based on subtle biological differences, and expressed physiologically in things like skin color, eye slantiness, and leg ashiness. Racism is the dislike of another race as a whole, or of another person solely because he is a member of a certain race.As the title implies, this book is meant to serve as a practical guide to racism, for both racists and non-racists alike. It will explore the different stereotypes associated with members of different races and ethnic groups, as well as their origin and basis in fact. Are Swedish women really able to suck the chrome off a trailer hitch? No, of course not, but the stereotype is rooted in their extraordinary talent for oral sex.We will also look at historical examples of racism, especially here in America, and the extent to which racism has been institutionalized or officially sanctioned,1. but mostly we will be dealing with the use of stereotypes, epithets, and racial caricatures.Like this one. This one doesn’t even make sense.Fig. 1. “An Irish Jig”Fig. 2. “The Irish Frankenstein”The concept of race is controversial, since variation within the traditionally established races is often far more extreme than between any two ethnic groups, but to say that we don’t divide each other into races would be to ignore thousands of years of human history. Not t

A Practical Guide To Racism, is it available on Amazon?

Yes! But at Pricepulse we inform you when is the lowest price to buy the A Practical Guide To Racism

Should I buy the A Practical Guide To Racism now?

What is the current price of A Practical Guide To Racism?

What was the lowest price for the A Practical Guide To Racism?