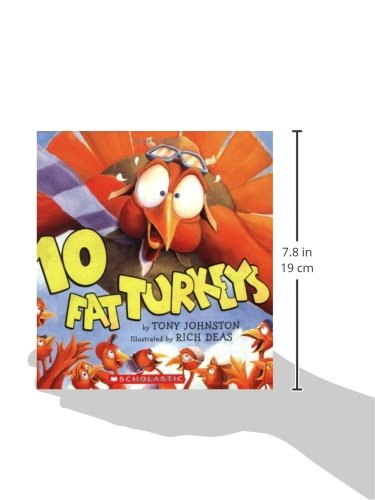 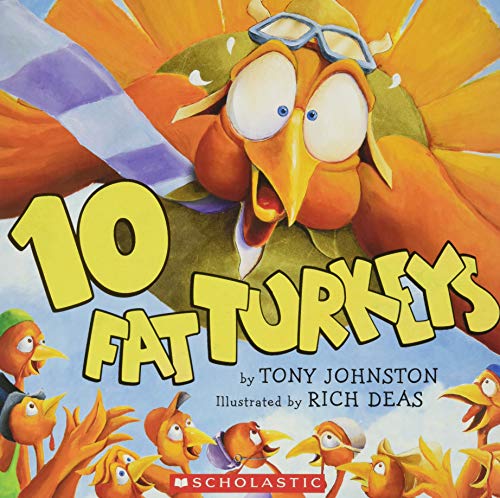 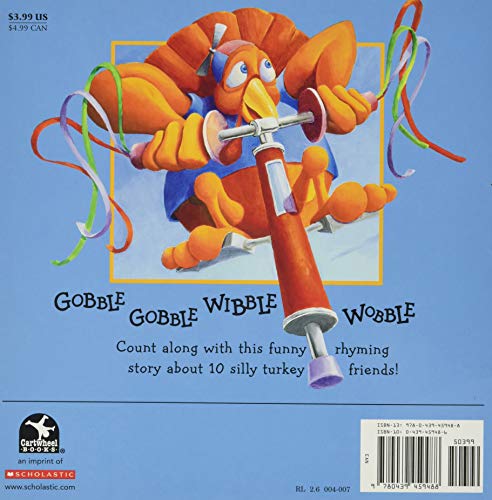 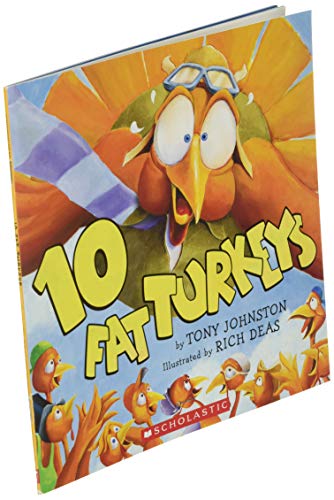 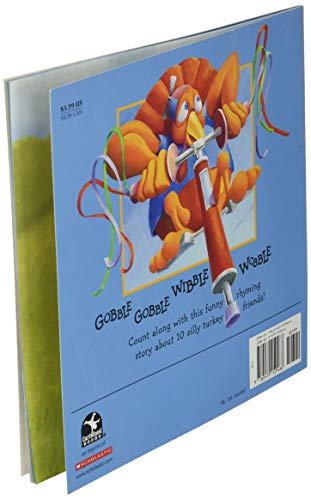 Product Description This silly rhyming story about ten turkeys teaches children how to count backwards. "Looky!" says a silly turkey swinging from a vine. Gobble gobble wibble wobble.Whoops! Now there are nine.Girls and boys will gobble up this hilarious story about ten goofy turkeys and their silly antics: swinging from a vine, strutting on a boar, doing a noodle dance, and more. Veteran author Tony Johnston has written a joyful text, which first-time illustrator Richard Deas brings to life as wild and wacky fun! About the Author Tony Johnston is the author of nearly 100 picture books and early readers, including The Iguana Brothers, illustrated by Mark Teague. Her first novel, ANY SMALL GOODNESS: A NOVEL OF THE BARRIO, was named an NCTE Notable Children's Book in the Language Arts, an IRA Notable Book for a Global Security, and a Judy Lopez Memorial Honor Book. It was also awarded the first annual Southern California Booksellers' Association Children's Book Award. Ms. Johnston lives in California with her husband.

Amazing
Great
Average
High
It's not a good time to buy now, there's a 33% probability this price will decrease. Our advice is to Watch it.
Buy on Amazon

10 Fat Turkeys, is it available on Amazon?

Yes! But at Pricepulse we inform you when is the lowest price to buy the 10 Fat Turkeys

Should I buy the 10 Fat Turkeys now?

It's not a good time to buy now, there's a 33% probability this price will decrease. Our advice is to Watch it.

What is the current price of 10 Fat Turkeys?

What was the lowest price for the 10 Fat Turkeys?